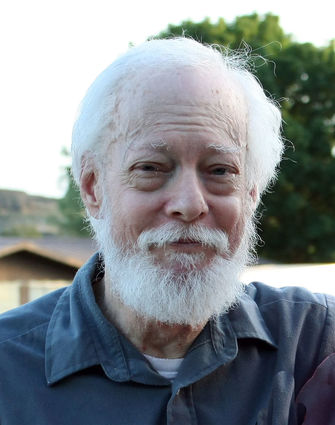 Edward Lewis Crosby III died September 4, 2018 at his home in Odessa due to complications from diabetes. He was 68 years old.

Ed was born November 27, 1949 in Baltimore, Md., the oldest child of Edward L. Crosby, Jr. and Margaret (Peggy) Strawbridge Crosby. His first five years were spent in Baltimore, after which the family moved to South Bend, Ind. and then, when young Ed was 10, to Sarasota, Fla. The family arrived in Sarasota the same day in 1960 that Hurricane Donna worked its way up the Gulf Coast of Florida.

Ed graduated from Riverview High School in Sarasota in 1967, then attended the University of Maryland Baltimore County (UMBC). He lived with his paternal grandmother while attending the university, graduating with a B.A. in 1971.

His graduation from the university ended his draft deferment, so he enlisted in the U.S. Army. He trained as a voice intercept analyst in Texas and as a German language translator/interpreter at the Defense Language Institute in Monterey, Calif. His duty station was in Berlin, West Germany, in what was then called the Army Security Agency. He was honorably discharged in 1975 and returned to Florida.

He worked for a time at a semiconductor manufacturing plant but a seasonal slump in the industry lead to layoffs. An ad for a German translator/interpreter that appeared in a U.S.-based technical periodical, the IEEE Spectrum, piqued his interest, and he was soon on his way back to West Germany, this time to the city of Stuttgart. The work there was as a freelance translator/interpreter for an agency that provided office space and a typing pool for the use of language experts of various nationalities.

That same agency was where he met fellow American and fellow translator, Terrie Schmidt, originally from Odessa, Wash. He and Terrie lived and worked together in Germany until 1982, when they decided that a return to the U.S. was in order. They settled in West Melbourne, Fla. and established their own translation business. They were married in December of 1986 while on a Christmas visit to Odessa.

In 1988, they moved further down the Atlantic coast to Boynton Beach, Fla., where they remained until 2002 when they sold their home and moved to Terrie's hometown of Odessa. Their four-year-old niece Lauren joined the family in 1994 and was adopted by them in 1998.

Ed enjoyed the game of table tennis, playing chess, listening to music and playing guitar for his own enjoyment as well as with other musicians. For several years, he was also a member of the Oom Pas and Mas polka band, playing clarinet on the Biergarten stage during Deutschesfest.

Ed was preceded in death by his parents. He is survived by his wife Terrie, his daughter Lauren, his two sisters Margaret (Don) Trimble of Clearwater, Fla. and Louise N. Crosby of Melbourne, Fla., as well as numerous nieces and nephews, aunts and uncles and cousins.

Strate Funeral Home of Davenport is caring for the family. Please sign the online guestbook at http://www.stratefuneralhome.com. A memorial gathering will be held at a later date.