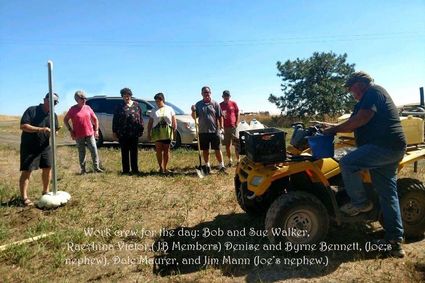 REARDAN – World War II Medal of Honor and Reardan native Joe Mann is considered a national hero in Netherlands, a war hero in the United States and has a hospital named after him in Spokane. Now the Mann Ranch just north of Reardan is being recognized as a historical marker.

The historical marker was campaigned for by the Jonas Babcock chapter of Daughters of the American Revolution and the Mann family.

Mann, private first class, posthumously received the Medal of Honor in 1945 after sacrificing his life by jumping on a grenade in Holland during the Market Garden Offensive on Sept. 19, 19...