Swannack concerned about pressure on producters 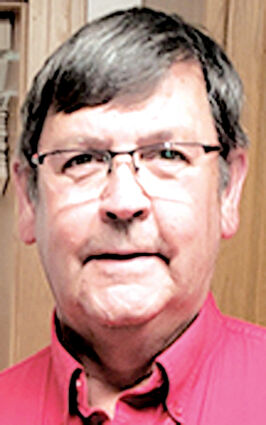 LAMONT - A local man was named in June as a board member for the Washington Association of Wheat Growers.

Dave Swannack replaced Randy Suess as Whitman County president and on the board, the association reported last week.

Swannack was one of two new appointees to the board - the other is Leif Claassen of Asotin County.

"It's important farmers get involved (in industry organizations) because we are going to lose everything we farm for if we don't get involved," Swannack said. "We've got to keep our markets going. We need to let the rest of the U.S. know we are important, that we work hard, and we love it.

"We aren't living off the government."

Swannack is a dryland wheat and barley producer. He and his wife of 42 years, Leslie, have two grown sons.

A Washington State University graduate with a degree in agronomy, Swannack said he's concerned about the impact of this year's weather, rising costs and politics on farmers.

It's a lot of pressure on producers, he said.

"The price of machinery is horrible," he said. "I only know one or two farmers with a combine that's less than three years old. Most of them are 10 years old. Tractors are the same.

"You just can't afford them anymore."

Claassen is a third generation farmer on his family's farm.

He replaced Bruce Petty as the Asotin County president and on the board.

Claassen, too, graduated from WSU, earning a degree in agricultural technology and management, with a minor in business.

Claassen's father, Steve, has been involved in the wheat industry for many years, serving on the Washington Grain Commission.

Claassen said he's concerned about the regulations and rules for pesticides that are coming from government agencies.

He's also concerned about the long-term sustainability of wheat production in the Pacific Northwest with activists continually pushing for breaching dams on the Columbia and Snake rivers.

"The river system and what it allows is so important to us to be able to keep producing with the rainfall that we have and the average yield that we work within," he said. "Without river transportation, I don't know that we would be able to do it."

Claassen and his wife, Rikki, have two children, Braxton, who is 6, and Jayli, who is 3. He also has two sons from a previous marriage, Grady, 11, and Landry, 10.