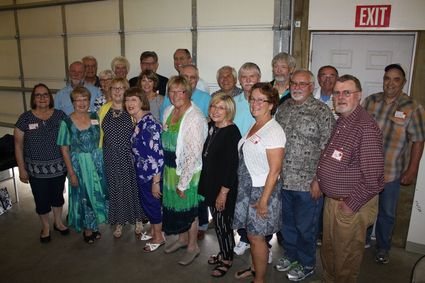 The 81st annual Odessa High School alumni banquet last Saturday was a very well attended event. The community center was filled with OHS alumni from the 1940s to the current graduates of 2017.

The catered dinner was provided by the OHS chapter of Future Business Leaders of America. The graduates of 2007 organized the banquet and led the annual business meeting.

Awards were made to the couple (both graduates of OHS) who had been married the longest: Frank (1951) and Arlene Kissler (1954) Koth, married 62 years. The graduate who had traveled the farthest to attend was Mary Jane Iltz (1977), w...