For the Walters, LC Fair is a family affair 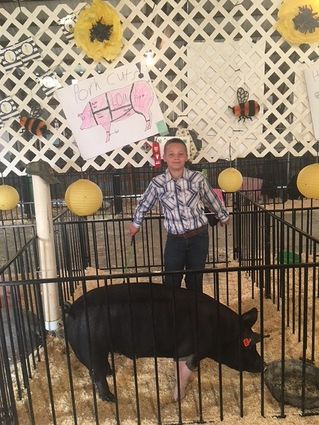 The four young sons of HaLee and Colley Walter of Odessa participated in the Lincoln County Fair in Davenport in August, taking part in various aspects of the event and supporting one another in their various endeavors. All four showed hogs they had raised from the time the piglets were weaned. Some also showed chickens, and oldest son Tucker was part of a three-member team that competed in the Wild Pony Races.

We had hoped to bring our readers the Fair's results this week, but it was not to be. The Fair manager told us that a couple of departments had not yet been turned in their results,...