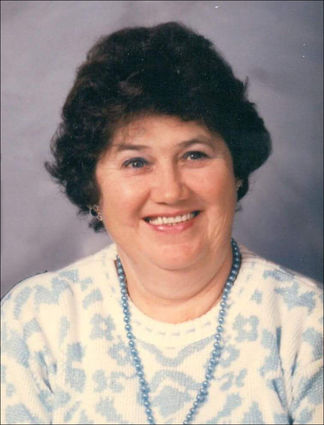 Loretta Jean Greenwalt Schoonover went to our Lord on Tuesday, November 20, 2019 with her daughter Mary Ann (Punkie) at her side. She was residing at DeSansos Assisted Living in Jerome, Idaho in their loving care at the time of her death.

Loretta was born July 28, 1934 on the homestead west of Ritzville of her grandparents, Jacob and Caroline (Hochstatter) Greenwalt, Sr. Her parents Henry and Hilda (Schaal) Greenwalt had worked the harvest. Hilda chopping wood and cooking for the harvest crew that day. She was delivered by her grandmother's loving hands, setting up a special bond. Henry moved his family to a ranch close to Latah, Wash. in 1940, where Loretta went to school and completed her education through her sophmore year. She had met Charles Lee Schoonover on the ranch of her uncle Jacob Jr. and Lydia Greenwalt. They promised their parents to wait until Loretta was 18 to marry. On September 14, 1952, Charles Lee Schoonover of Odessa married Loretta Jean. Dad said it was love at first sight for him. They lived in Montana, Latah, Lind, Irby, Spokane and Ralston. Loretta was a farmer's wife for many years raising two daughters, Mary Ann ( Punkie) and Lori. She trained in Irby under Lois Iksic's guidance to be a nurses' aide which she loved. She was her husband's right hand man, driving wheat truck, running for parts and partner in CL Meats selling their German sausage.

Loretta was a longstanding member of the Ralston Grange and Emanuel Lutheran Church, being active in the Rose Circle and the choir. She loved to sing.

She was proceeded in death by her parents Henry H. and Hilda Pauline Schaal Greenwalt and her loving husband Charles Lee Schoonover. She missed him so terribly, but they are both with our Lord as it should be.

Loretta is survived by four siblings Margaret Greenwalt Addington, Ralph Greenwalt, Larry Greenwalt and Gail Ann Greenwalt O'Connell. She was the eldest and the mother hen of the group especially after the loss of their parents. She is also survived by numerous nieces and nephews, and cousins too numerous to mention.

On Saturday March 2, Loretta Jean Greenwalt Schoonover will be laid to rest at 11:15 a.m. at the German Cemetery (east of golf course) with Memorial Services to follow at 12 noon with luncheon to follow and Pastor Bob Kenyon officiating.

In lieu of flowers, Loretta had asked for donations to be earmarked for where the need was greatest in the church or for the family to defray costs.