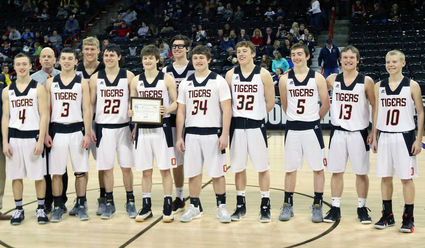 The Odessa Tigers boys basketball team, with a combined grade point average of 3.750, has won the 1B academic state championship. Most of these extremely busy young men participate in multiple sports, as well as activities such as Future Business Leaders of America, FFA, Knowledge Bowl, among others. They also maintain good grades in their regular classes.