Will cold weather delay the start of spring sports 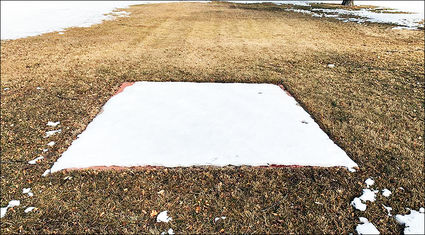 Coach Travis Schuh shared pictures on the Odessa Tiger Track & Field Facebook page that show signs winter still has a bit of a hold on the area and the discus pad.

With the late arrival of the winter weather that has taken hold around the region, one might find themselves wondering when, or even if, the spring sports season might get under way. Well if you might be one such person, there is no need to wonder any longer.

I received spring sports rosters from Athletic Director Bruce Todd on March 13 for the high school, along with a message that high school track & field and high school baseball practices have started. The likelihood of some postponed games and/or meets is high but will not be known until next week when the first games are scheduled to be played. The first scheduled game for baseball is Tuesday, March 19, in Brewster and for track & field is Saturday, March 23, at the Ray Cross Invitational in Ephrata. 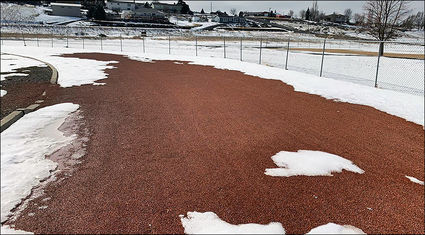 Snow on the track.

The baseball roster lists 16 players and includes two eighth-graders. The track & field team has 21 on its roster, 11 on the girls team and 10 on the boys team.

Only one Odessa student is taking golf. The tennis roster for Odessa includes two girls and two boys.

Junior high spring sports have not started yet, but will be starting soon.