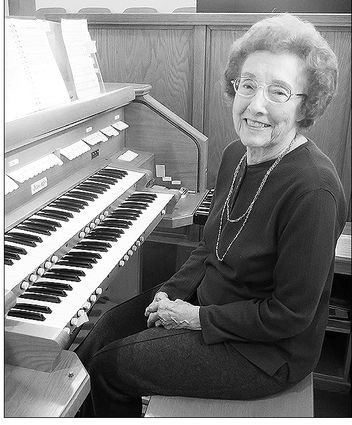 She went to a one-room country school near her farm and to high school in Marlin. After completing Kinman Business School in Spokane she went to work at a law firm in Odessa. There she met her husband Delbert Cook, and they were the second couple to be married in the United Congregational Church in 1949.

Delores lived, farmed and worked in numerous locations in eastern Washington. She and her husband Delbert owned and operated the Odessa Lumber Company for many years. She was an accomplished piano and organ musician and teacher and played with the local Stanley Wraspir band for many years and later was a founding member of the Cannawai Harvesters band. She was an active member of the United Congregational/Heritage Church and served as the organ and piano player for the church for 70 years.

Delores was active with the Cannawai Grange, Odessa Historical Museum and the Odessa Deutschesfest. She was a second mother to her many nieces and nephews and was always there with a smile, a hug, dill pickles and chocolate chip cookies. She will be dearly missed by many. Delores is survived by her husband of 69 years, Delbert Cook of Odessa and sister-in-law Frances (Cook) Weishaar, now of Spokane. She was preceded in death by a sister Ellene (Polly) Bradshaw, a brother Eugene Schorzman and sister Marciel Michaliszyn.

Funeral services will be held at 11 a.m., Saturday, May 4, 2019 at Heritage Church in Odessa. Visitation will begin at 10 a.m. Inurnment will be held at a later date at Odessa Cemetery. Fond memories and expressions of sympathy for the Cook family may be shared at http://www.stratefuneralhome.com. In lieu of flowers, memorials may be sent to Heritage Church Memorials or Odessa Historical Society.