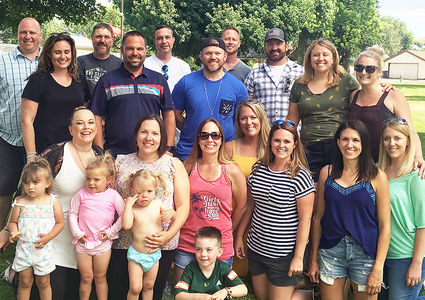 On Saturday, July 13, the 1999 graduating class of Odessa High School gathered at Reiman Park for a family picnic. Sundi (Schmierer) Camp worked for months pulling this together. Many who traveled very far could not come had it been held during the weekend of the alumni banquet, so they chose a date of their own.

There was also an evening gathering at Rocky Coulee Brewery, owned by classmate Zach Schafer, where a few more joined the group.

Information for this article was submitted by Kerry Scheller.