Volleyball - Tigers fall to ACH but rally to beat Wellpinit 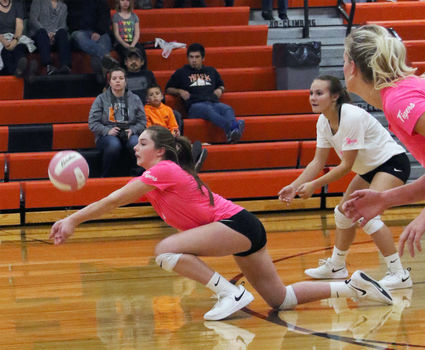 Grace Nelson digs the ball, backed up by Maddie Scrupps and Maddy Wagner at Odessa's match against ACH last week Tuesday in the home gym.

Caitlyn Schuh led the team in digs with 11 and assists with 10. Hottell received service 25 times

The Tiger volleyball team traveled to Wellpinit on Tuesday, October 29, to put another match into the win column. The Tigers won, 3-0.