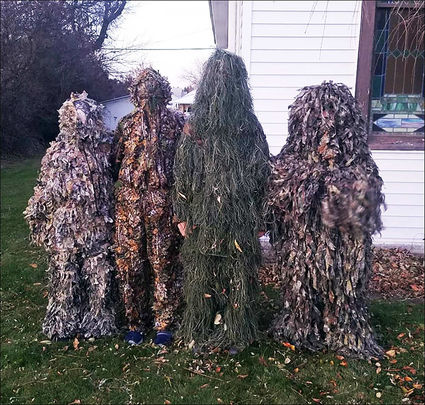 Dressed up literally as camouflage Troy Hardung, Levi Hardung, Jared Valverde and Tyesn Kuchenbuch are ready for the Halloween Carnival and maybe a little trick or treating.

The Odessa Chamber of Commerce and the Odessa High School chapter of Future Farmers of America joined forces again this year to provide wholesome activities in the community center for anyone who wished to partake. Once school let out, kids and sometimes entire families in costume visited participating businesses downtown to "Trick or Treat" and to have special forms initialed for submission in a drawing for a gift basket.

Hadyn Reynolds was the lucky winner of the gift basket. She is the daughter of Amanda Suchland and granddaughter of Ted and Pam Suchland of Odessa. Hadyn is a fifth-grader at P.C. Jantz Elementary in Odessa. 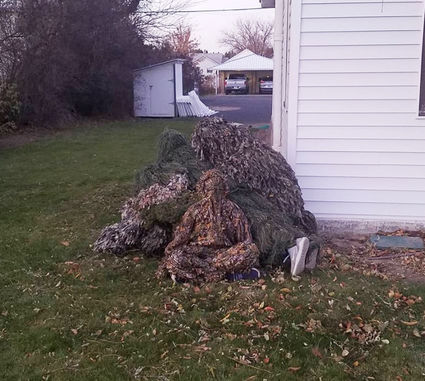 The Halloween Carnival also provided various games of chance run by FFA members. The cake walk was a very popular activity which continued non-stop throughout the three hours of the carnival. Members of the public donated cakes, cupcakes, cookies, kettle korn and other sweet treats as prizes for the cake walk winners. Other games included bowling, mini-football toss and a balloon dartboard.

The carnival closed at 6:30 p.m., at which time most of the kids went trick or treating in their neighborhoods.

The only complaint heard about the day's activities came from a young family that felt they had been "blind-sided" by the door charge upon entrance to the community center. That there was to be an entrance fee taken at the door was not stated anywhere in the posters advertising the carnival. It was an unfortunate oversight.