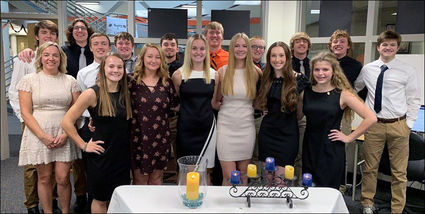 FBLA members attended the NE Region Fall Leadership conference in Spokane on November 7. The Liberty Lake Rotary Club, who arranges for all the speakers, out did themselves by bringing in Terry Fossum as the keynote speaker. His stories of his childhood in a Texas border town, along with being named Officer of the Year at Fairchild Air Force Base and winning "Kicking & Screaming" made for some great leadership lessons. Members from the Odessa chapter also held a workshop on "Getting the Most Out of FBLA."