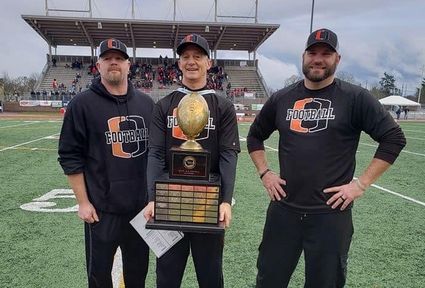 An avid reader of The Odessa Record called to tell us that our reporting on the recent football championship did not give enough credit to the coaches who molded the 2019 Odessa High School team into the champions they became.

We agree. We salute head coach Jeff Nelson for being a great motivator for the boys in the Odessa football program. And we also applaud assistant coaches Josh Clark and Justin Ziebel for their efforts to guide and inspire this team that has made Odessa so proud. We hope they will continue in their roles for some time to come.

Nelson has said in press interviews that...