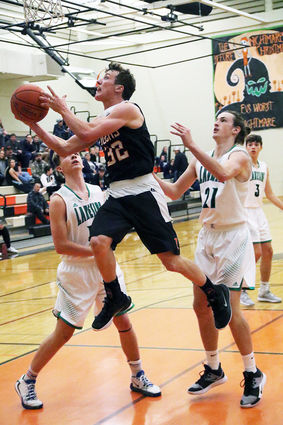 The Tiger basketball team had a busy time over the holidays, with a league game, a non-league game and a tournament in Spokane to keep them sharp.

On December 19 the Tigers trampled the Reardan Indians in a non-league contest played in Reardan, 70 to 41.

The Machine, Ryan Moffet, was on point scoring a total of 34 points. The Machine was followed by Marcus King with 12, Jett Nelson and Jaden Hunt each with 6, Camden Weber and Daeton Deife each with 5 and Eric Johnston with 2.

T isn't just for Tigers, it is also for team. The Tiger team rock...