By The Odessa Record

'Buy a Pair, Show You Care' a success 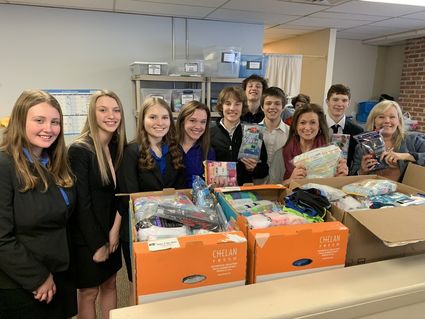 "Thanks to generous supporters from Lincoln County and across the state, the 'Buy a Pair, Show You Care' underwear drive was a huge success," says Odessa High School Future Business Leaders of America adviser Terri King.

FBLA members delivered 1,231 pair of new children's underwear on a recent visit to Teen and Kid Closet in Spokane.

They also had the opportunity to tour the facility and meet co-founder and KXLY newscaster Robyn Nance, who described the founding of Teen and Kid Closet and how it is currently supported.

Children in foster care make two trips to the closet each year to fill...