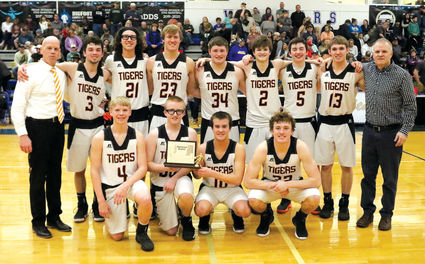 The District 7 championship game was held at Deer Park High School on Feb. 22, and the undefeated Odessa Tiger boys took the #1 spot, handing the Selkirk Rangers a 78 to 34 loss.

The game's first quarter was something of a surprise to the team. Whereas, their usual game plan all season has called for...