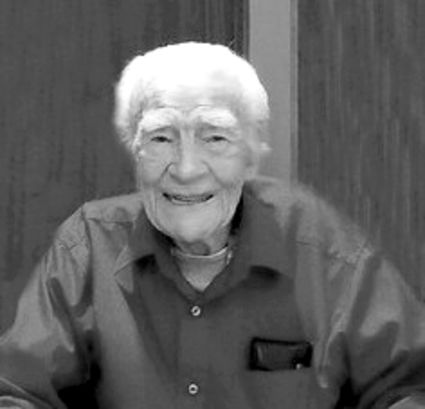 Myron Huston "Bill" Floyd, 105, was the eighth child born to William and Ida Floyd in Dayton, Wash. He was their Christmas Eve gift in 1914. Two more siblings came later.

Growing up in Dayton gave Bill the chance to explore, hike, fish and hunt in the Blue Mountains. He graduated from Dayton High School in 1932.

For many years (including last year), he was the oldest living graduate at the Dayton High Alumni Reunion. As a young man in a big family during the Great Depression, he learned perseverance, a strong work ethic, compassion and generosity to others. He has passed that "can-do" spirit down through three generations of the Floyd family.

Bill met Pearl Brink while working for McSweeny Tractor in Colfax, Wash. He married that Colfax gal in 1941. In 1949, they moved to Harrington, WA to operate his own John Deere/ Caterpillar dealership which they named Harrington Machinery Co. Simultaneously, he moved a house from the country into town, gutted and remodeled it into a home for his family. His days were long, serving the needs of the surrounding farming communities on days, evenings, and the weekends. Harrington Machinery Company later expanded to a second store in Davenport in 1957.

Bill served in the Washington State Guard. He was active in Harrington Lions Club, the Masonic Lodge, Sage Shrine, Harrington Golf and Country Club, and the Harrington Community Church. For many years he served on Harrington's City Council. Joining the Sage Shriners on their Honda mini-bikes in parades was great fun! Many trophies were handed to Bill for his skill in trap/skeet shooting and bowling league tournaments. He enjoyed golfing, hunting, fishing, and snow skiing. On his last deer hunting trip to Mac Mountain with the Harrington group, he was 88 years old and still hiked the mountain.

While in high school, Bill cared for an elderly lady in exchange for room and board. These early lessons of compassion served him well. Decades later he cared for Pearl as her health declined with MS, allowing her to remain in their home. Even in his nineties, he lovingly cared for another family friend, an act of great kindness and selfless compassion.

Bill was a huge fan of all his grandchildren's and great-grandchildren's academic achievements, athletic passions, and careers. Each one has brought him pride and joy. He proudly wore his ZAGS sweatshirt at Orchard Crest Retirement Community. 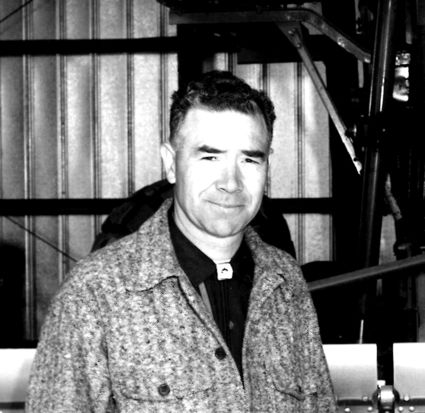 Our beloved Bill has been the fascinating, detailed storyteller for 105 years. He recently said, "I'm running on empty, not a drop left in the tank!" THE END of an incredible life story.

Many thanks to Orchard Crest Retirement and Assisted Living and Hospice of Spokane for their wonderful care.

A private family graveside service will be held in the near future.

Remembrances may be made to Spokane Shriner's Hospital for Children, Harrington Cemetery Fund, or charity of choice.