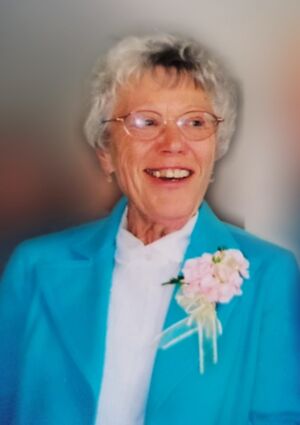 Jacquelyn "Jackie" June Winfrey of Quincy passed away on November 5, 2020. She was born to Jacob and Lena Grening on December 1, 1932 at the family farm in Odessa, Wash.

After graduating from Odessa High School in 1951 Jackie attended a dental aide school in Spokane. While there she met Jim at a USO dance hall. Jim says, "She was the best looking one there." They married in 1953 at the Christ Lutheran Church in Odessa.

Jackie was well known in Odessa for her cake decorating. She spent many years as a Cub Scout den leader. Her sons lovingly referred to her as "Yackie Jackie."