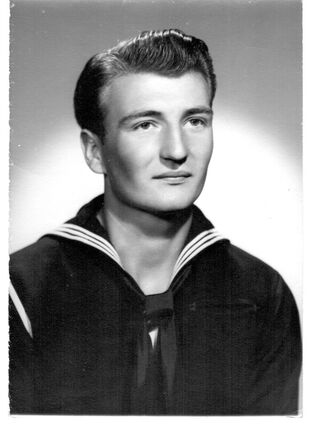 After graduating from Odessa High School, he worked on the family farm before joining the Coast Guard and shortly thereafter joining the US Navy in 1945. He was discharged from the service in 1947. Returning to Odessa after the war, he met the love of his life Delores Schorzman. They were the second couple ever to be married in the United Congregational Church in 1949. They were married for 70 years.