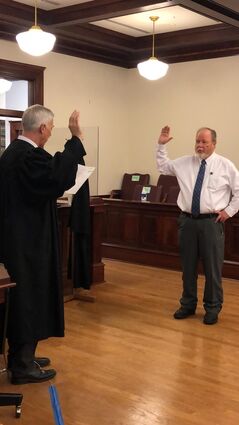 Jeff Barkdull was sworn in as Lincoln County Superior Court Judge on Friday, Jan. 8. He replaces retiring judge John Strohmaier. Barkdull, who was previously county prosecutor, was elected to the judge's position by vote of the county in the November general election. He defeated his challenger, District Court Judge Dan Johnson, pulling in 68.92% of the vote to Johnson's 30.79% vote count.