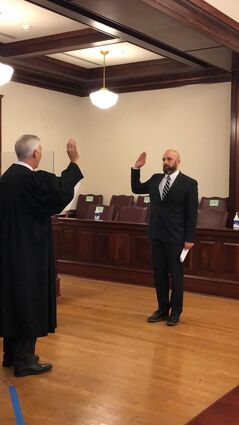 DAVENPORT – Adam Walser grew up on the family farm in the northeast corner of Lincoln County near Devil's Gap before pursuing a law career that would make him a judge advocate in the Marine Corps. Now, he is the Lincoln County prosecutor, replacing Jeff Barkdull, who was elected Superior Court Judge in the November general election.

Walser was in the Marine Corps as an officer, then became a judge advocate full-time. He said the most interesting case he worked on in his time of service was a complicated theft case that was "poorly prepared" when given to him.