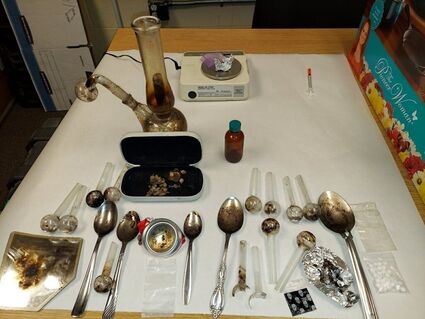 These drugs were recovered Jan. 20.

DAVENPORT – On Jan. 17 the Lincoln County Sheriff's Office received a complaint from a Davenport citizen who reported that his wallet was stolen from the Davenport Car Wash as he was detailing his vehicle.

Sergeant Gabe Gants took the initial report and was able to gather information on a potential suspect vehicle. A few hours later the reporting party notified Gants that his debit card had just been used at the Airway Heights Walmart in the sum of $500. Deputy Tinsley contacted Airway Heights Police Department and Walmart to review security footage.