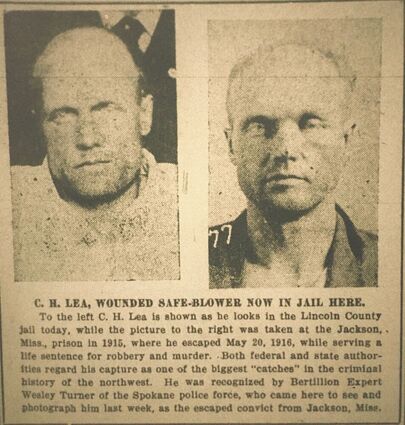 Editor's Note: See the Feb. 18 issue of The Times for part 1 of this historical feature.

As safecracker Edward Leroy Lucas laid dying in the Lincoln County Jail, he requested officials notify his wife of his pending death. Spokane investigators responded to Davenport with belief that Lucas and C.H. Lea had been involved in other burglaries and crimes across eastern Washington. Two identity and fingerprint experts were dispatched to Davenport and recognized Lea as an escaped criminal from the Mississippi State Penitentiary.

C.H. Lea was found to be a wanted fugitive under several other nam...