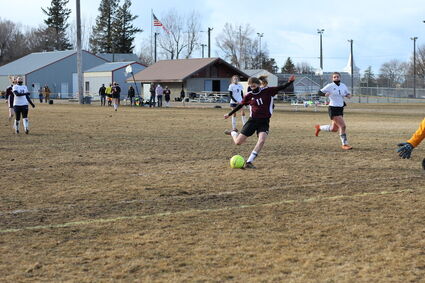 REARDAN – It may have been the inaugural game in program history, but that didn't stop the Reardan Indians from scoring early and often in a 7-1 drubbing of the Kettle Falls Bulldogs Tuesday, Feb. 23.

Freshman Noelle Raczykowski scored the first goal for the Indians and didn't stop there, following up her first goal with a three-score rampage in the last 10 minutes of the first half. Raczykowski had four first-half goals total, and Reardan let 4-0 at intermission.

Junior Madalyn Dewey joined the party in the second half with two goals after assisting on multiple Raczykowski goals in the...