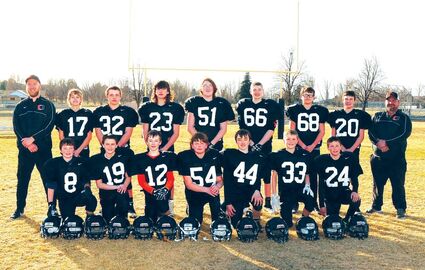 ODESSA – We won our first game against Columbia/Inchelium, 14-6. For our first game, we played pretty well. The boys didn't look like they were playing their first game. They were that disciplined.

Tucker Walter, Corbyn Neilsen and Sean Widger carried the team on offense, and our offensive line did a good job making blocks for them. Defensively, I thought we did a fantastic job pursuing and making tackles. Tucker Walter was all over the field and seemed to make every play. Garrick Rosman had some great moments on the defensive line, and Corbyn Neilsen did a great job pursuing and bringing...