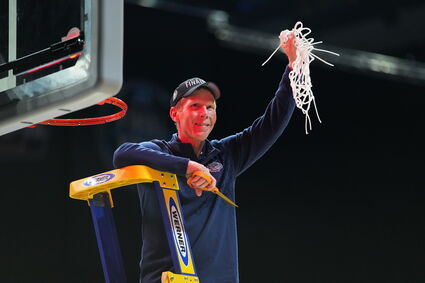 INDIANAPOLIS – The Bulldogs are in the Final Four, and they don't have a blemish on their resume yet.

The Gonzaga men's basketball team easily dusted off Creighton in the Sweet 16 and USC in the Elite Eight March 28 and 30 to improve to 30-0 this season. Gonzaga is two wins away from its first national championship in program history and the first perfect season in Division I men's basketball since 1976.

Against Creighton, a balanced offensive attack aided the Bulldogs to an 83-65 win. Drew Timme, who was named the best player of the West Region, scored 22 points. Andrew Nembhard had hi...