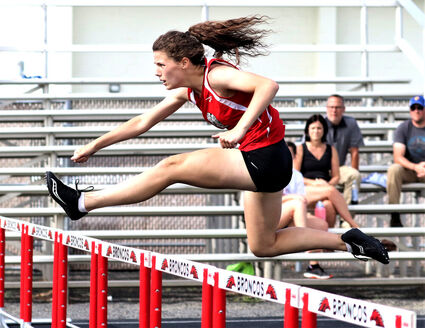 Davenport senior Darby Soliday concluded her career with three wins at the District 7 NE2B title meet in Ritzville Thursday, May 13, including here in the 300 meter hurdles.

She was one of three Gorillas to finish first.

She was joined in the winner's circle by her sophomore brother, Brenick, who won the boys 110 meter hurdles.