Gorillas will take on Colfax in league title tomorrow 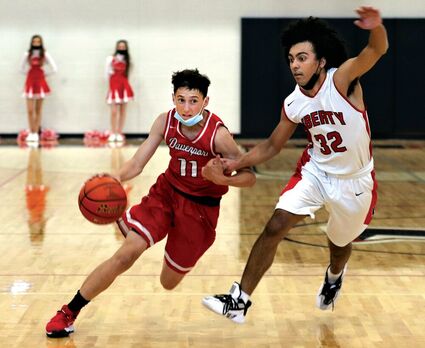 The visiting Gorillas boys basketball team entered the game as the No. 4 seed after topping Lind-Ritzville/Sprague in the quarter-finals Monday, June 14.

The game was close through the first three quarters before Davenport built a nine-point lead under two minutes to go. A couple turnovers and Liberty three-pointers later, and the lead was down to one po...