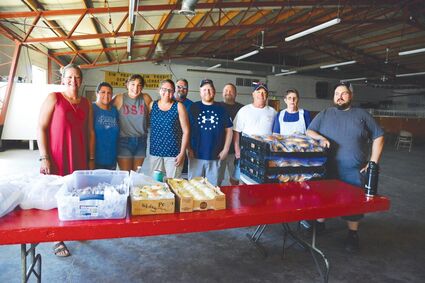 ODESSA – July 4 fell on a Sunday this year, and although Sunday is normally a quiet day in Odessa most of the time, it was also the day for two events downtown. The Firemen's BBQ at the community center served up lunches to all comers from the side door (not the window, as was decided after we had gone to press with last week's issue). The kitchen crew had a well-organized setup, with cooking performed in the commercial kitchen and an assembly line set up right outside the kitchen. Hungry folk started coming right after the 11 a.m. start. The outdoor crew of Shaun Steward, collecting dona...