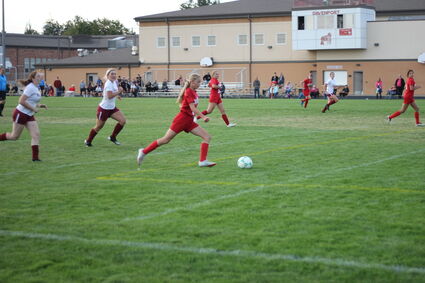 DAVENPORT--One watching Thursday's matchup between Davenport and Medical Lake might've assumed the prior was the 1A team hosting a 2B team. However, it was the 2B Gorillas who trounced the 1A visiting Medical Lake Cardinals in a non-league matchup 5-0 Thursday, Sept. 16.

The win was Davenport's second in a row after the Gorillas beat Reardan Tuesday.

"They were physical, so I think that's going to help us get a little more physical ourselves," Davenport head coach Monty Soliday said. "We didn't come out very good the first half. It was kind-of stand around, but then we started moving the b...