Gorillas drop match to the 2B No. 1 ranked Bulldogs 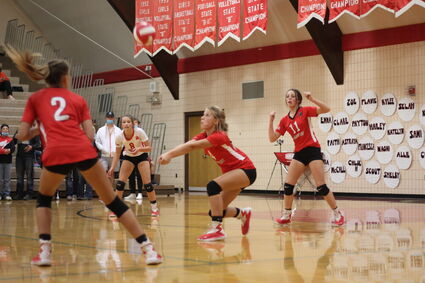 DAVENPORT-The Colfax Bulldogs are the No. 1 ranked 2B volleyball team in the state in the WIAA RPI rankings. They certainly looked like the top dogs Tuesday in Davenport, as the young Gorillas fell in three sets 25-10, 25-5, 25-15.

Davenport fell to 2-11 with the loss and will need to string some wins together in the last three matches of the season to have a chance to make the district tournament.

Colfax improved to 11-0 with the win and has only lost two sets all season.

The Bulldogs came out swinging at a...