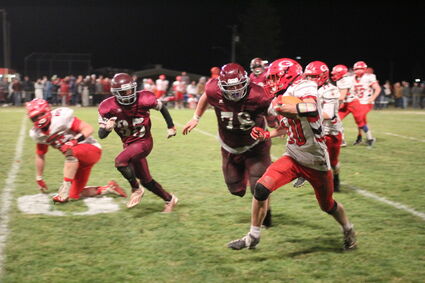 The first quarter was evenly matched after Davenport junior wingback Brenick Soliday scored a touchdown and the Gorillas converted the two-point try.

Reardan responded with a 64-yard touchdown pass from sophomore quarterback Tate Nelson to senior running back Cody Sprecher to make the game 8-6 after a quarter, but Davenport scored 20 straight to blow open the game by halftime.