Wagner has last school board meeting

Vice chair will be replaced by Clouse, who runs unopposed 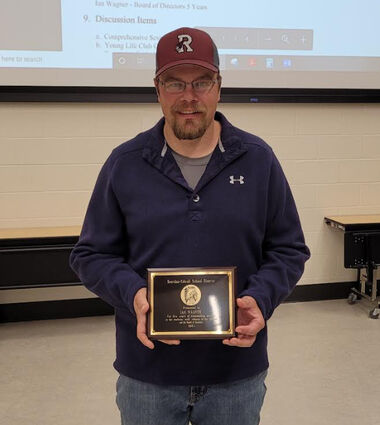 Ian Wagner is recognized at his last school board meeting Oct. 27.

REARDAN-Ian Wagner, a farmer with three children in the school district, has wrapped up his time with the Reardan-Edwall School District after five years on the board. He was recognized at his last board meeting Oct. 27.

Wagner had been on the board since 2016. He had served just over two two-year terms and went through the election process twice.

"It's just time," Wagner said of his decision to leave the board. "Five years is plenty. It's time for some new ideas and a change for me."

"When you have kids in the school district you have a dog in the fight," he added. "But you also have t...