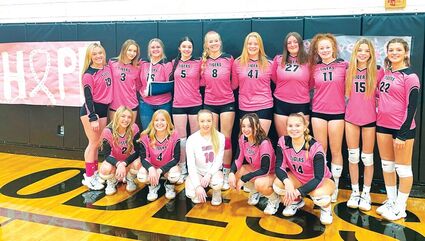 Terri King | Special to The Record

ODESSA – On Oct. 28, the Odessa Tigers volleyball team became the league champions and top seed to the district tournament this week with their win in three straight sets over Wilbur-Creston-Keller at Creston.

The Tigers played well against a competitive WCK team, but the win gave them not only the league championship but also the home-court advantage in the district playoffs.