Boys then have first setback at Lake Roosevelt 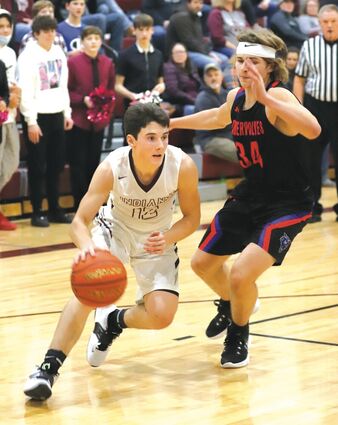 That's what was left on the clock when the Reardan boys pulled ahead of the Tekoa-Rosalia Timberwolves in a basketball matchup Friday night, Dec. 3.

Reardan won the non-league game, 64-62, in the closing seconds.

The Class 1B Timberwolves (1-1) led the entire second half, until Reardan junior forward Tristo McCrea ducked under the defense for a 2-point shot inside the key with just 4.2 seconds remaining in the game.

That shot lifted Reardan to its first lead of the second half, 65-64.