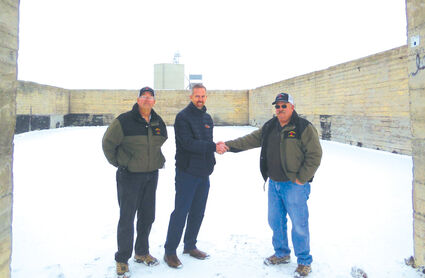 ODESSA – Paul Katovich of HighLine Grain Growers, Inc. met with firefighters Jon Fink and Roger Sebesta in Odessa Tuesday, Dec. 21, to officially announce the donation to Lincoln/Adams Fire District #3 of a flathouse and the property on which it sits in the Town of Odessa. The building lost its roof to fire a few years ago and has stood empty ever since.

It came to his attention while visiting his Odessa friends Bill and Carol Bell that the local firefighters were having a difficult time with recurring damage and theft. Their storage facilities were just not large enough to store all the...