Sprecher leads Reardan boys to a win over UCA

Senior scores 33 points as team bounces back from loss 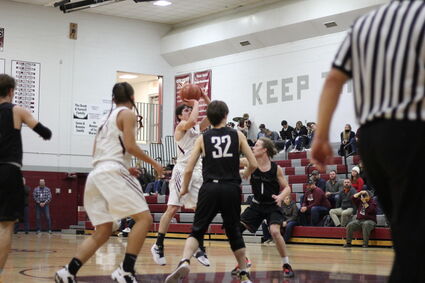 REARDAN-The varsity boys basketball team suffered a bad loss to Northwest Christian (Colbert) at home by a count of 77-53 Friday, Jan. 7. Cody Sprecher wasn't about to let that happen twice in a row, as the senior poured 33 points on the heads of the Upper Columbia Academy Lions in a convincing 71-52 victory Tuesday, Jan. 11.

Reardan came out strong and got six first quarter points from freshman Jakari Singleton, but allowed 13 UCA points to lead just 17-13 after one. Sprecher then started to catch fire in the second quarter, knocking down a trifecta of triples as Reardan built a 40-23 hal...