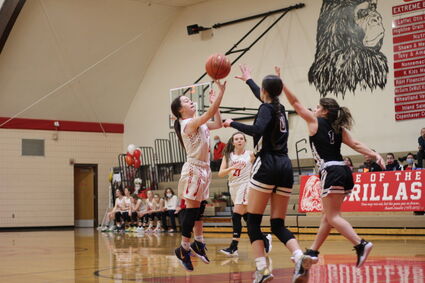 DAVENPORT-After a five-week long stretch in which the Gorilla varsity girls didn't win a game, things began to click. Davenport has now won four of its last five games in an eight-day span and could finish as high as fourth in the NE2B ahead of the district playoffs Monday.

The most recent victory was a 43-25 handling of Upper Columbia Academy on Senior Night Tuesday, Feb. 1. That was preceded by a 47-20 win over Chewelah last Saturday and a comeback, gritty 38-35 win at Asotin last Friday.

Against the Lions Tuesday, Davenport found its offense in the interior behind eighth-grader Clare L...