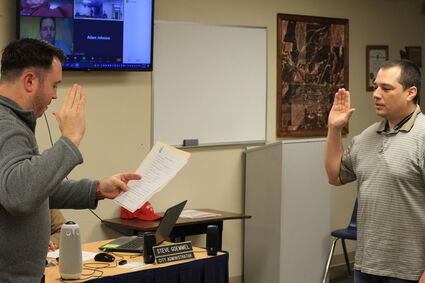 DAVENPORT-City council had a vacancy for one of its seats since Nathan Hansen resigned in November due to a move outside city limits. That vacancy was finally filled at council's Feb. 9 meeting, when local businessman and resident Jonathan Chapman was selected from four candidates to fulfill the remainder of Hansen's term.

The four applicants for the advertised position were Chapman, Robert Jenkins, Marjorie Stemmelin and Barbara Vincent-O'Connor.

Five councilmembers were present for the meeting. During the interview portion, each candidate was asked one question by each councilmember whil...