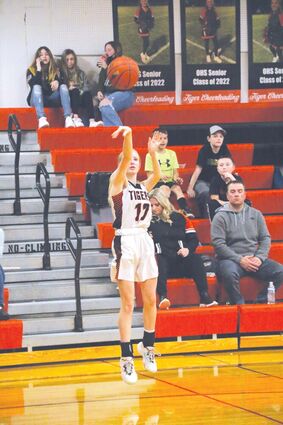 ODESSA – Last Friday's playoff game at home against the Northport Mustangs was a win for the Tiger girls, 58-36. It was a loser-out game, so Northport's season came to an end.

Schuh was the team leader in rebounds with eight.

On Feb. 14, the team faced a very fired up Wellpinit team at home in Odessa and lost a hard-fought contest in which the Tiger shooting was cold, while the Redskins were hitting some incredibl...