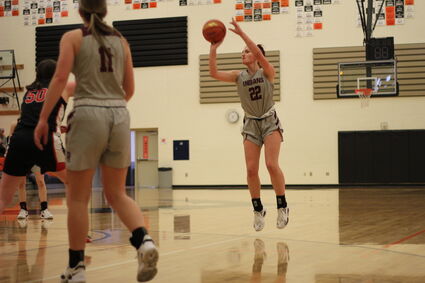 SPOKANE VALLEY-After a last-second win in a loser-out game against Lind-Ritzville/Sprague two days prior to advance to the District 7 2B Tournament third place game, the Reardan girls basketball team came up one game short in its quest to make the state tournament against the St. George's Dragons 46-33 Saturday, Feb. 19.

Reardan spent the first half playing lockdown defense and forcing turnover after turnover while executing nearly every part of its offense...except making a shot.

While the team was terrific on defense, it couldn't seem to buy a layup while trailing 8-6 after a quarter an...