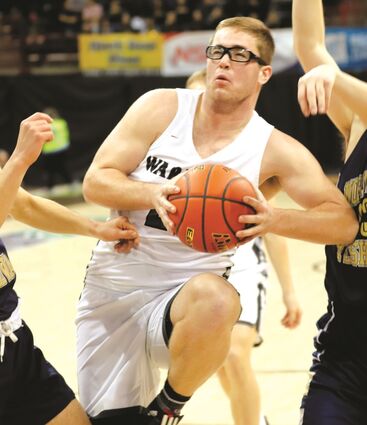 Almira/Coulee-Hartline's Reece Isaak goes up for a shot against Northwest Yeshiva during the state 1B boys tournament in Spokane Veterans Memorial Arena.

Almira-Coulee/Hartline capped its state-trophy run with a 61-48 loss to Cusick.

The No. 1-seeded Warriors opened the tournament with a 52-44 quarterfinals win over Lummi Nation and then took a 52-43 victory over No. 3-ranked Northwest Yeshiva.

Lincoln County was represented in the 1B girls state tournament by No. 4-ranked Wilbur-Creston.

After losing 52-39 in regionals to No. 5-ranked Garfield-Palouse, the Wildcats entered the state tournam...