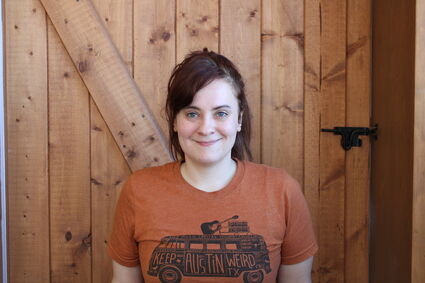 ODESSA - A Puyallup native who moved here in 2020 is joining The Record-Times as a reporter covering the Odessa and Harrington communities.

Ashley Parkinson, 31, began Tuesday, March 15, under the guidance of Terrie Schmidt-Crosby, the longtime owner and editor of The Odessa Record.

"I love to write. It's a relaxing thing for me to sit down and work on," Parkinson said. "I walked by the Odessa office last summer and thought about applying then, and I really should've... but now I'm here and I'm excited."

"I'm looking forward to having her onboard," Schmidt-Crosby said. "I think she's goin...