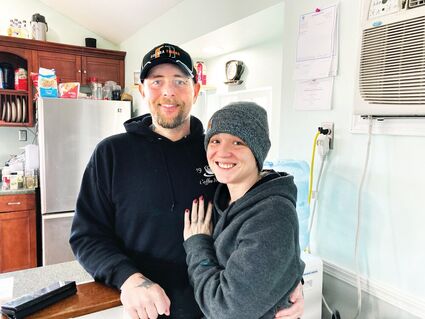 Jeremy Smith poses with his fiancée, Amanda Wallace. The two will be separated for a short time after Smith leaves for Ukraine this week.

ODESSA – Russia's invasion of Ukraine, which began on Feb. 24 and continues to produce massive destruction in major cities within the country, has been described by Russian officials as targeting only Ukrainian military facilities.

Meanwhile, independent reporting continues to show bombardment of civilian targets such as hospitals and residential neighborhoods.

For one Odessa resident, the unfairness of it all prompted him and several of his Western Washington friends to stock up on supplies to donate to the resistance in that war-torn country and ultimately to serve as first responders...