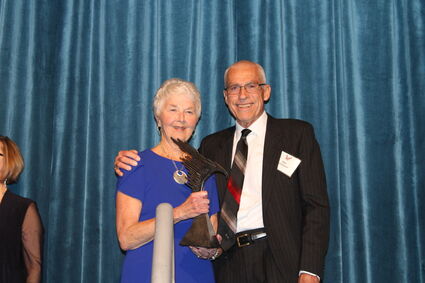 This year the top award, the Lifetime Achievement Award, went to a married couple, both of whom are EWU alumni currently residing in Spokane. Jon Heimbigner is well known to most Odessa area readers as a 1966 graduate of Odessa High School, who has been instrumental over the past few years in bringing an Odessa Athleti...