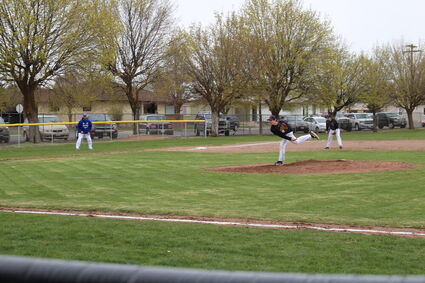 ODESSA- The varsity baseball team lost their first game of their double-header to Curlew on April 16.

Odessa had 16 hits with four errors, all while scoring a total of 13 runs.

Meanwhile, Curlew had five hits with one error all while scoring 23 runs in a 7-inning game.

The highlight of the night was a 5-run 7th inning comeback that came up a little short.

The second game Odessa lost by a score of 7- 1.

Odessa scored one run on two hits with no errors.

Curlew scored seven runs on eight hits with no errors.