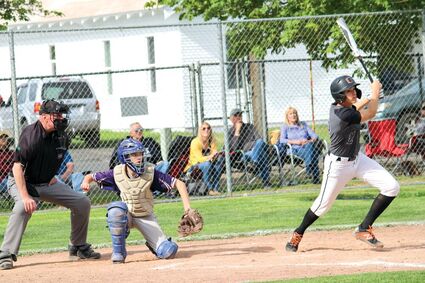 Dakota Steward keeps an eye on the ball during the playoff game on May 16.

The next game for the Tigers will be on Saturday against #1 seed DeSales at Borleske Stadium in Walla Walla beginning at 10 a.m.

That game is a loser-out game. The winner will advance to play the winner of the Liberty Christian vs. Crosspoint game later the same day.

The other 1B teams, who are playing at Larson Playfield in Moses Lake are Wilbur-Creston-Keller vs. Nase...