By Roger Harnack
The Record-Times 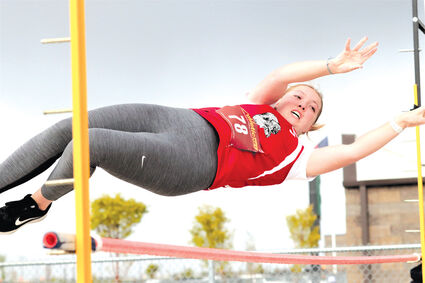 Photos by Roger Harnack | The Record-Times

LIBERTY LAKE – The Gorilla track and field times brought a one-two finish home from the 2B District 7 meet Saturday, May 21, from Ridgeline High School.

The Davenport girls won the team award with 170 points, followed by Jenkins (Chewelah) with 129.5.

Meanwhile, the Davenport boys took second-place with 83.5 team points. The Gorillas were second only to St. George's, which dominated boys competition and earned 180 points.

Colfax was third with 63 points and Reardan rounded out the Top 4 with 62 points.

Here are the individual results for Da...