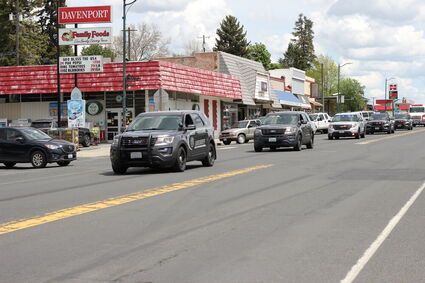 Davenport Wednesday afternoon, June 1 before arriving at Memorial Hall for the memorial service of former deputy Raymond "Riami" Hayden, who

died in April at age 51 following a battle with a brain tumor. The processional included two LCSO trucks, five patrol cars, a firetruck and an ambulance.